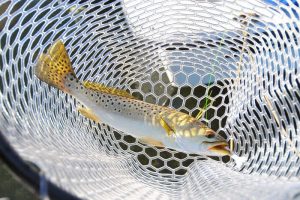 Several rule changes for spotted seatrout go into effect Feb. 1, including a closure to spotted seatrout harvest in the new Western Panhandle management zone. Spotted seatrout are one of Florida’s most popular inshore fisheries. The Florida Fish and Wildlife Conservation Commission (FWC) made these changes after reviewing the results of a recent stock assessment and gathering input from anglers. These changes were made to benefit spotted seatrout populations while continuing to provide quality fishing opportunities.

Learn more about spotted seatrout by visiting MyFWC.com/Marine and clicking on “Recreational Regulations” and “Spotted Seatrout.”